Bikeworks is opening its second retail shop in the London borough of Hammersmith and Fulham on 22nd March. Located at 136 Shepherds Bush rd W6 this retail premises will support the social impact the organisation delivers across London. The 100 sq metre shop over 2 floors will offer maintenance repairs, recycled bicycles and parts, new bicycles, parts and accessories. It will also offer a live training space for trainees undergoing Bikeworks 3 months cycle in to work employment program. As a successful social enterprise Bikeworks see’s the business model of retail as the only way to offer a sustainable backbone to a growing enterprise in a growth sector.

Sally Reynolds, co-founder and former chief executive of Social Firms UK, says that she welcomes the initiative to change a model which has become outdated and unviable over time, but that valuable opportunities will be missed if a ‘straight closure approach’ is adopted. She says:

Join NOMS (National Offender Management Service) at a series of FREE events on consortia building with the social enterprise sector.

“More than the Sum” is part of NOMS social enterprise programme to help small and medium sized enterprises (SMEs) in England participate in the delivery of services for ex-offenders by supporting the creation and development of consortiums.

Taking place in London, Bristol, Birmingham and Leeds, these events will:

• explain the programme objectives in more detail, • outline the time frame and actions • describe the technical and other support that will be offered to assist potential bidders. • facilitate initial networking opportunity • provide the opportunity to meet with prime providers and other specialists. 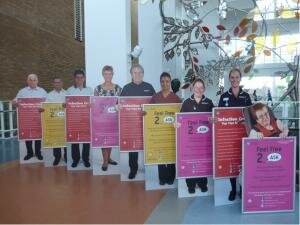 Patients and visitors are being encouraged to ask questions about their care in a new campaign, called 'Feel Free 2 Ask', from the Norfolk and Norwich University Hospitals NHS Foundation Trust.

The campaign launched yesterday will be using life-size cut outs of hospital staff , printed by Social Firm Graphic Design and Print CIC (GDPCIC), who have volunteered to be part of the campaign at the entrances of the Norfolk and Norwich University Hospital and Cromer Hospital.

Anna Dugdale, Chief Executive, says: "We want all our patients to have a good experience when they come to hospital. Knowing early on about any concerns can help us to put things right and give patients and their relatives peace of mind. 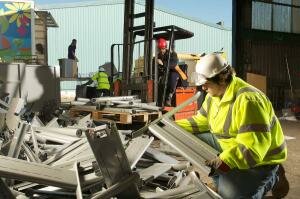 At an EGM yesterday, members of Social Firms UK passed a special resolution that enables the national support agency to represent all employability-focused social enterprises across the UK, including Social Firms. In European speak, these social enterprises are termed ‘WISEs’ (Work Integration Social Enterprises) and, recognising that there is not significant awareness of this terminology, Social Firms UK will also refer to them as ‘employability-focused social enterprises’ which explains more succinctly what they are. All Full Members already fall into this category and many Associate Members are more broadly engaged with work integration activities of disadvantaged people (their activities might include intermediate labour market, vocational training, job placement, volunteering and, in the case of Social Firms, job creation). 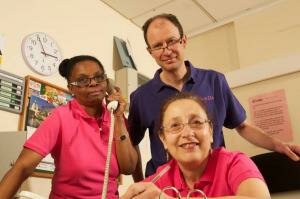 Department for Communities and Local Government (DCLG) & Lambeth Council visited Star Social Firm Lambeth ACCORD to mark global Social Enterprise Day on Thursday the 17th of November and got a taste of the Big Society in action.

Lambeth ACCORD is a leading London disability Social Firm that provides managed office space and a conference and training centre. This community resource centre acts as the ‘hub’ for a thriving diverse disability community in Brixton, South London and has been awarded the prestigious quality standard, Star Social Firm.

We are looking for a new Financial Administrator to join our Bristol office and provide accounting, administrative and clerical support to the staff team within a social finance lending environment.

From our Head Office in central Bristol you will be at the heart of the organisation and the CDFI industry, and have an important role within the co-operative movement. You will be central to the delivery of our service package and administrative and information systems to the staff team, the Board of Trustees, borrowers and client organisations. 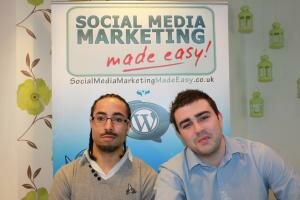 In the run up to Social Enterprise Day (17 November), Birmingham based social firm Citizen Coaching is celebrating the achievements of two employees, hoping to inspire thousands of young people looking for work or across the country.

With youth unemployment figures at their worst in nearly 20 years, Nate Sheridan, 25, and James Farrell, 23, were taken on by Citizen Coaching in 2009, both having been unemployed for more than six months.

Nate graduated from university with a Sound Engineering and Music Production degree in 2008, hoping to secure work in a recording studio. After several temporary positions, he eventually joined the increasing number of other young claimants struggling to even get an interview.

Simon Hebditch, Chair of the Board of Social Firms UK, said today:-

'I am delighted to announce that Michele Rigby, currently Chief Executive of SEEE, has been chosen as the next Chief Executive of Social Firms UK. She has worked long and hard in the social enterprise sector and we are confident that she will make a major contribution to the organisation in the next few years.

Social Firms UK is lobbying Nick Hurd, Cabinet Minister for Civil Society about restrictions the Government have made to the Public Services (Social Enterprise and Social Value) Bill which mean that it will not help social enterprises trying to sell their goods to the public sector.